Have you always wanted to work in electronics but don't want to spend the time and money for a four-year degree? There's no denying that getting a degree is often the key to success for many people. But despite what some people might tell you, it's not necessarily the only way or even the best way to go about things. Another option is to attend a trade school to get the relevant knowledge necessary. There are a few reasons why this is the better option for many people, some of the most important reasons include:

Fast graduation: At college or in university, you're going to be required to learn a lot of things that are completely unrelated to what you want to do with your life. While this isn't necessarily a bad thing, it extends the time required to graduate by years. In electronics trade programs, you'll be studying only what you need to graduate. Not only is this good for people who are trying to start their first career, but this is also especially good for people who are dissatisfied with their current career and who want to do something else without having to retake a bunch of college classes on things that they already know.

Paid training: When you go to college or university, you typically have to pay many thousands of dollars to do so. This can leave many people financially devastated for years, potentially even decades. But many electronics trade programs have partnerships with nearby companies who need workers. The companies may sponsor some students and even give them a small stipend to study in exchange for agreeing to work for that company for a certain number of years after they have finished schooling. Not only does this make schooling more affordable now, but it also makes trade school a more financially secure option.

Fewer hoops: In order to get into a college or university that is "worth the money" that you'll be spending, you often have to have a certain grade point average, get a particular score on a test, or otherwise make it through the application process. With electronics trade programs, you don't have to deal with any of that. They assume that if you're interested in the program, then you have the ability to decide for yourself whether or not you will actually make it through the program. Additionally, there are many lucrative job options once you've finished a trade school, with demand often being significantly greater than it would have been had you gone through a college or university program. 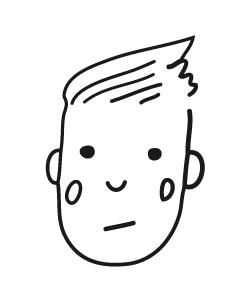 After I got my GED, I discovered how hard it was to find a job without some form of certification or degree along with it. I spent a lot of time exploring my options and found that a trade school education would give me not only the skills I needed for a new job but also the certification to help bolster my GED. I knew that I couldn't be the only person who was struggling with things like this, so I created this site to share my experience and help others learn the benefits of trade school programs to further their job opportunities.